A lot of new news for DC movies, Nic Fury talks, a new look at Beauty and the Beast, plus tons of more new stuff on Logan! Buckle up and check it out!

New Beauty And The Beast Spots

The live action version of Disney's Beauty And The Beast is coming into our theatres on March 17th! Take a new look at a pretty cool spot that shows glimpses of a lot great scenes we know and love from the animated version! Check it out above!

Disney’s “Beauty and the Beast” is a live-action re-telling of the studio’s animated classic which refashions the classic characters from the tale as old as time for a contemporary audience, staying true to the original music while updating the score with several new songs. “Beauty and the Beast” is the fantastic journey of Belle, a bright, beautiful and independent young woman who is taken prisoner by a beast in his castle. Despite her fears, she befriends the castle’s enchanted staff and learns to look beyond the Beast’s hideous exterior and realize the kind heart and soul of the true Prince within.

According to sources of the Hollywood reporter, the talks between WB and the top choice for the solo Batman director, Matt Reeves, have broken down.
That sometimes happens with movies, like it did between Universal and Tom Cruise about Mission Impossible Rogue Nation a few years ago and the movie still got made and turned out beautifully, but in this situation it is just another stumble on the way to the solo Batman movie we all want to see, after losing Affleck as director already. It could still all turn around and go great, but right now most rumors sound pretty negative, sadly. According to those sources WB might turn to either Ridley Scott (The Martian) or Fede Alvarez (Don't Breathe) for the job, which have both been mentioned as contenders, if Reeves and WB cannot come to a mutual agreement soon. While both are great directors and interesting choices (Scott is a strange one since he only recently hated on superhero movies in general), I feel that we should probably expect this movie to not happen at all, if just to avoid getting disappointed or freaked out by the back and forth of news about it. Of course we don't know what is actually happening behind the scenes, so it can still all turn out great, but where there is smoke, there usually is fire. This might be controversial, but if I were WB I would just get Zack Snyder on it when he is done with JL. I love what he does and he marches through production like an efficient machine with no drama, but that would be probably too easy.
I hope it turns out well though, since I loved BvS' version of the Bat and really wanna see a solo movie soon. 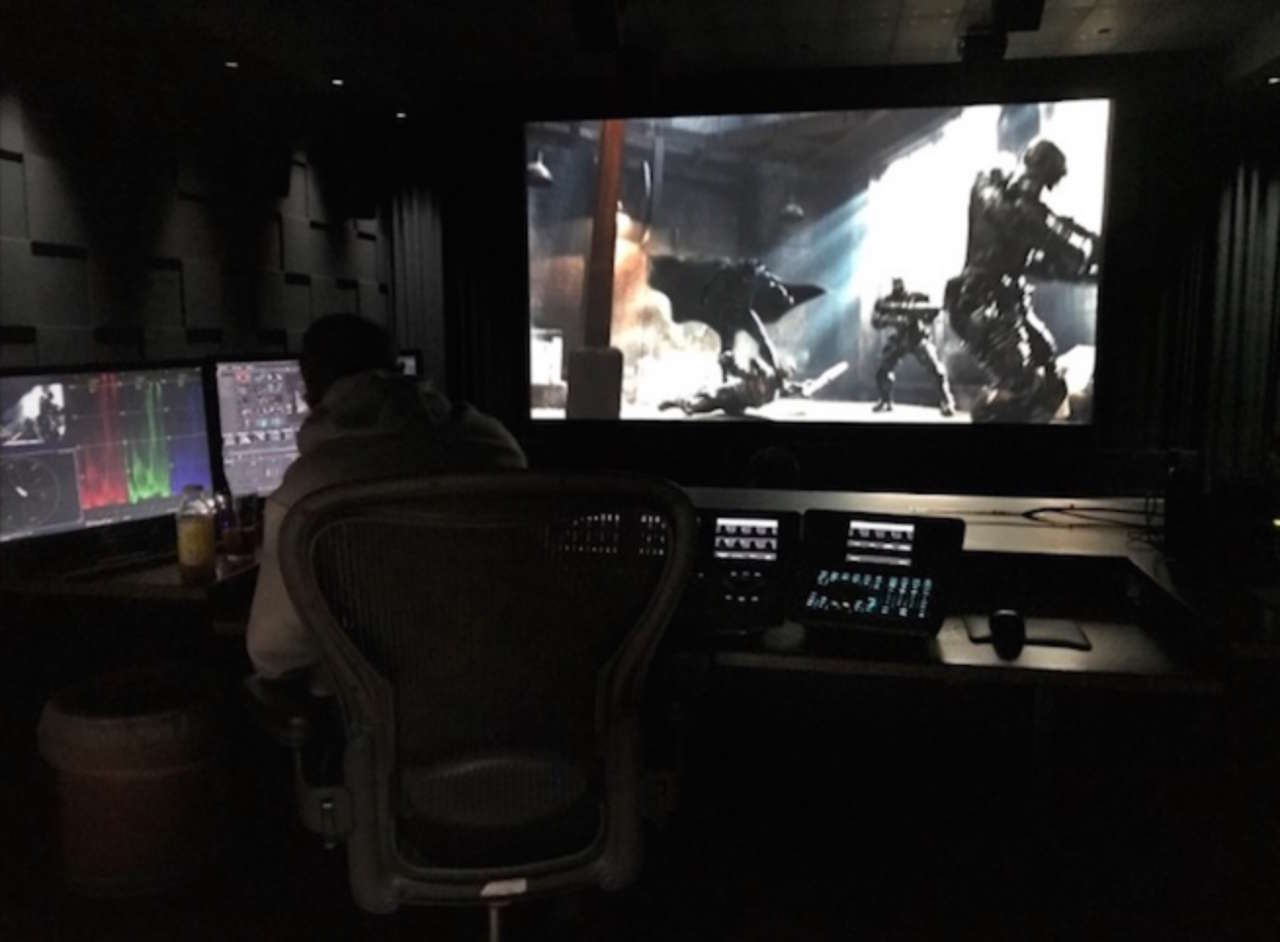 Zack Snyder shared a new image via his social media Vero account that shows him currently editing the movie. "Down at CO3 with Stefan" was the caption.
While that alone isn't very news worthy for most, there is an awesome new screen that shows Batman taking on what looks like a few Parademons in a building! Oh hell yeah! I truly hope Zack can top his warehouse fight from BvS with this one!
He also answered the age old question of "When does the trailer come out!?" recently via his social media accounts with:

Actor Hugh Jackman, who has been playing the Wolverine for 17 years now, has talked a bit with the New York Times about that fact and about his final bow as the character in the upcoming movie Logan and if this is really the end for him in this role:

“When I had the script, I was like, ‘Yes... And when I was shooting the movie, yes. As I sit here today, yes. God knows how I’ll feel in three years, But right now, absolutely."

"There’s been a gnawing turmoil that I hadn’t really nailed it, fully — either story or performance or whatever... Every film I’ve ever done, I’ve had that gnawing doubt. But I have it way less in this one.”

"The character will go on, someone else will play it, for sure... unless Daniel Day-Lewis plays him and wins the Oscar — then I might have a little problem."

Fandango even talked to him about the rumored Deadpool/Wolverine movie, to which he had this to say:

"That's probably bad timing because I love Ryan Reynolds and I love Deadpool, but I knew I was out and I couldn't have made this movie if I was questioning if I was out. I was a pain in the ass for a lot of people with this movie because it mattered so much to me. Even when we started writing this, and even when I asked James Mangold to come on board, I said 'Dude, I don't know if I'm gonna make it.' Unless it's exactly what I want, I prefer to not do it. I couldn't live with it. So this is it."

Meanwhile, director James Mangold talked to We Got This Covered about a possible spin off for X-23, which is getting played by young actress Dafne Keen:

"I think Dafne is incredible in the film and I would love to see another film about that character and that’s certainly something I’d be involved in. For me that was one of the big additions I brought to the table, this decision to try to make the film about family and to try to insert Laura and the pressures that would put and the idea about Charles ailing."

Very excited to finally see the movie next week. Reviews already call it the best superhero movie since The Dark Knight. 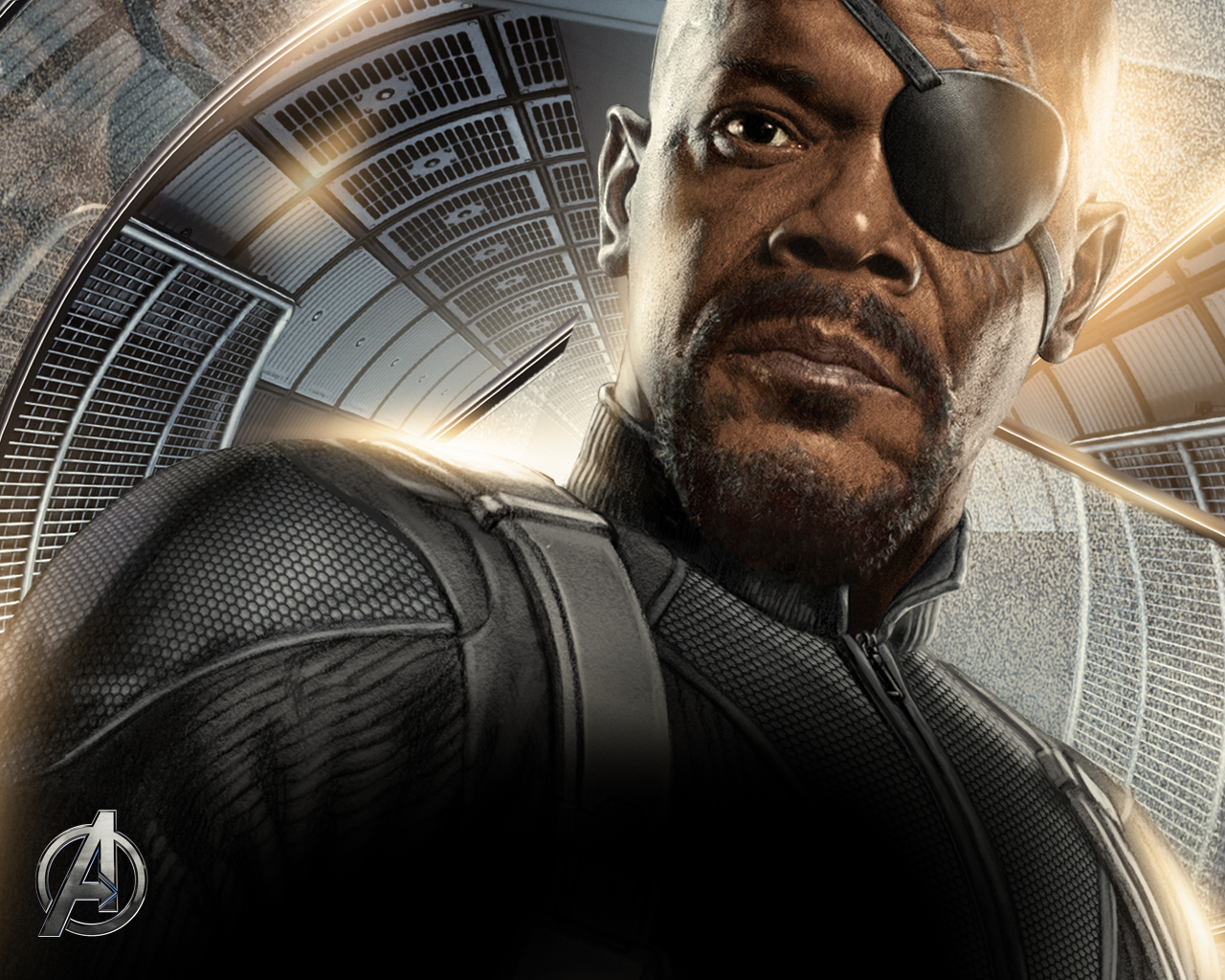 Samuel L Jackson has been playing MCU middleman Nicholas J Fury since 2008's Iron Man 1. The actor was also part of Iron Man 2, The Avengers, Captain America Winter Soldier and Avengers Age of Ultron, so of course fans are wondering when they are going to see him again in the MCU. Maybe even a solo movie with him doing spy stuff? We Got This Covered asked the man himself about that.

"Yeah, I’d love to do a Nick Fury movie. I’m always open and game. But they got Infinity Wars, two movies to do there, and after that there’s Brie [Larson’s] movie Captain Marvel, which maybe [Nick] will be part of. Also, I asked them, “So you’re doing Black Panther and the only black character in the Marvel Universe is not showing up?” And they’re like, “Nick Fury is not in Wakanda!” How can he not know the other black superhero on the planet? How the hell does that work? But they just said, 'No you’re not in that one.'"

He seems pretty bummed about not being in Black Panther, which I can understand. I am not sure if we will ever get a stand alone film though, since Nic ,to me at least, is a supporting characters. A great one, sure, but still.